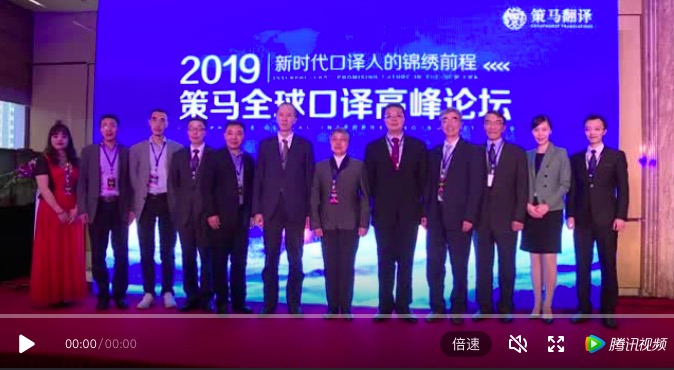 The 2019 Grouphorse Global Interpreting Summit was held at Ritz-Carlton Hotel Shanghai, Pudong on May 18.

Themed “Interpreters’ Promising Future in the New Era”, the summit, a feast for the mind, featured four keynote speeches and two panel discussions.

It was attended by vast numbers of translation and interpreting learners and experts representing institutions such as the United Nations, the Ministry of Foreign Affairs (MFA), the Translators Association of China (TAC), the International Association of Conference Interpreters (AIIC), the Chartered Institute of Linguists (CIOL), Grouphorse Group, the Middlebury Institute of International Studies at Monterey, the University of Bath, the University of Newcastle, Beijing Foreign Studies University, Fudan University, Shanghai Jiao Tong University, and Sun Yat-sen University. Some of the distinguished guests in attendance were:

-Xu Yanan, Former Chief of the Chinese Translation Service of the Documentation Division of the Department for General Assembly and Conference Management (DGACM) at the UN, former Director-General of the Department of Translation and Interpretation at MFA, Executive Director of the TAC, and Senior Advisor at Grouphorse

-Tang Xing, Member of the TAC and CIOL, Visiting Scholar at Columbia University, and Chairman and President of Grouphorse Group

-Zhan Cheng, Member of the AIIC, Deputy Director and Secretary-General of the TAC Interpreting Committee, and Professor and Doctoral Advisor at Sun Yat-sen University

-Yukteshwar Kumar, Course Director for the MA in Translation and Interpreting (Chinese Stream) and Doctoral Advisor at the Department of Politics, Languages and International Studies, the University of Bath

-Peng Zhiping, Exclusive Interpret Trainer at Grouphorse, and Former Interpreter working for the US State Department

-Klink Zhou, Member of the CIOL, Assistant to Grouphorse Chairman, and General Manager of the Grouphorse Center for Translation and Interpreting

-Zhang Xi, Head of the Department of English Studies of the College of Foreign Language at Donghua University

-Wang Yanqiang, Lecturer at the Department of Translation and Interpreting at the College of Foreign Languages and Literature, Fudan University 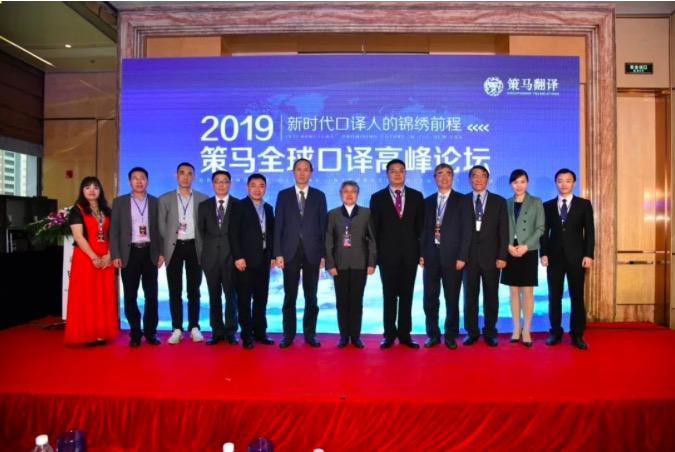 At the summit, Grouphorse signed a cooperation agreement with UNITAR-CIFAL Shanghai. The United Nations Institute for Training and Research (UNITAR) is a principal training arm of the United Nations headed by Executive Director Nikhil Seth, who is also UN Assistant Secretary-General, and has established the International Training Centre for Authorities and Leaders in Shanghai. 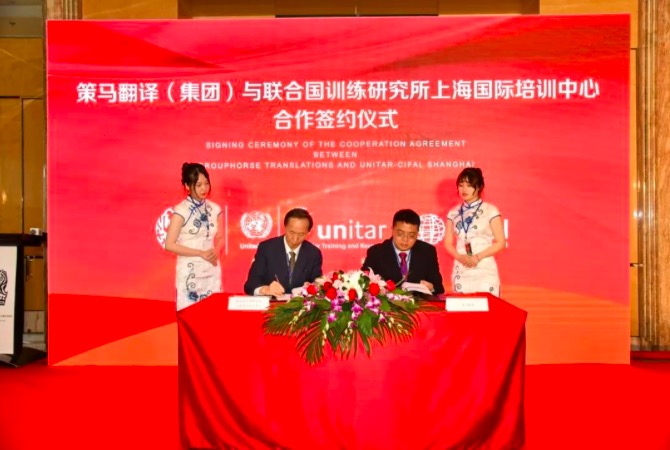 ▲Xu Yanan delivers a keynote speech titled “What Makes a Good Interpreter in the New Era?” 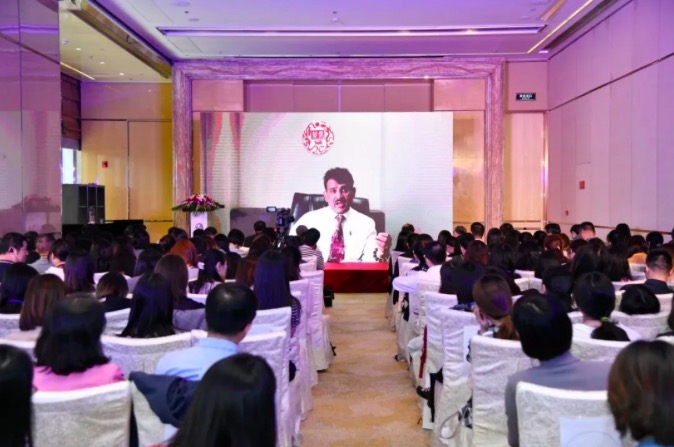 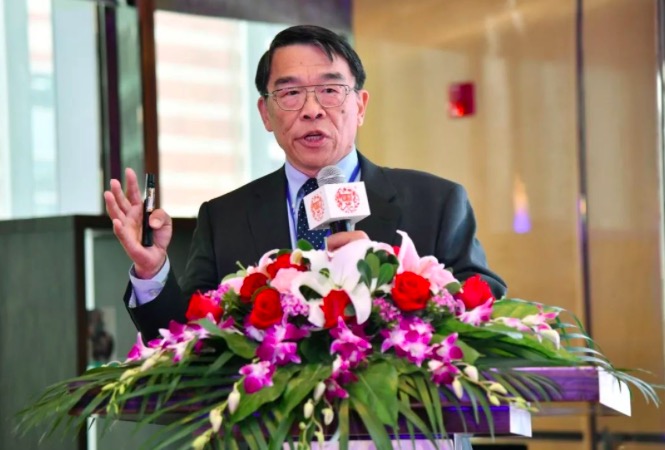 ▲Yao Bin speaks on the panel discussing “How Should An Interpreter Think Globally?” ▲ Klink Zhou speaks on the panel themed “How Should An Interpreter Think Globally?” 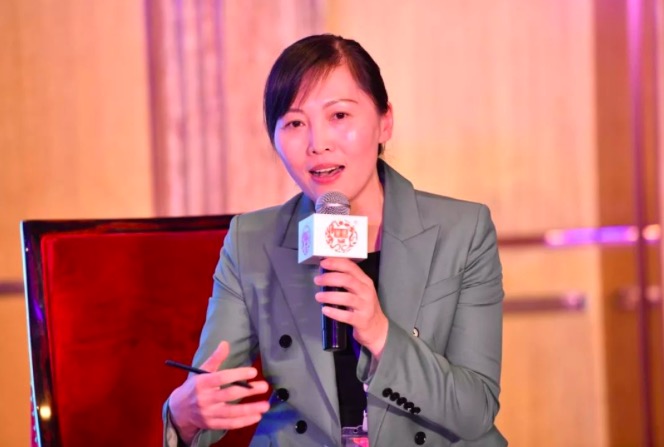 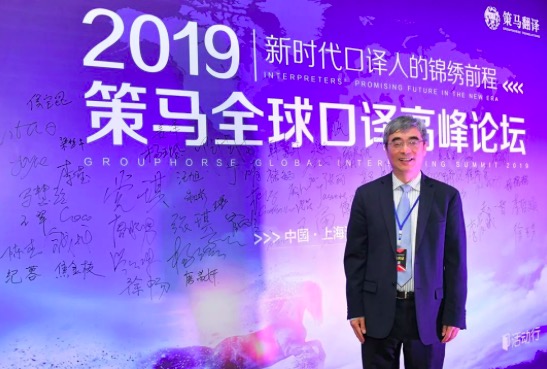 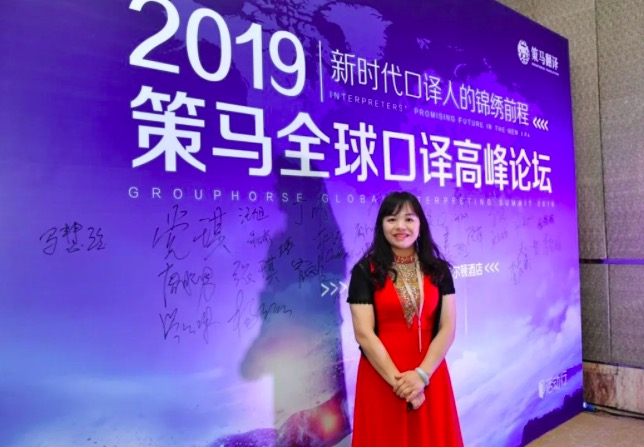 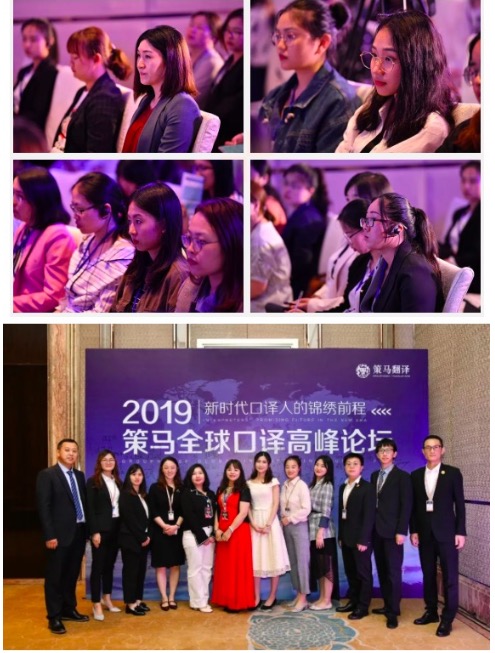 The Grouphorse Global Interpreting Summit is one of the major Grouphorse events aiming at pooling together industry knowledge and encourage communication, allowing the translation and interpreting community to become a self-supporting system, and providing opportunities for networking. During the intermission, Tang Xing and Wang Genxiang signed a cooperation agreement between Grouphorse Group and UNITAR-CIFAL Shanghai, under which both sides will work on launching world-class international programs to help develop language learners’ skills, including the United Nations Conference Interpretation Certificate Program and the China Interpreting Contest. With UNITAR as the guiding institution, the contest is the only one of its kind in China supported by  a UN body. 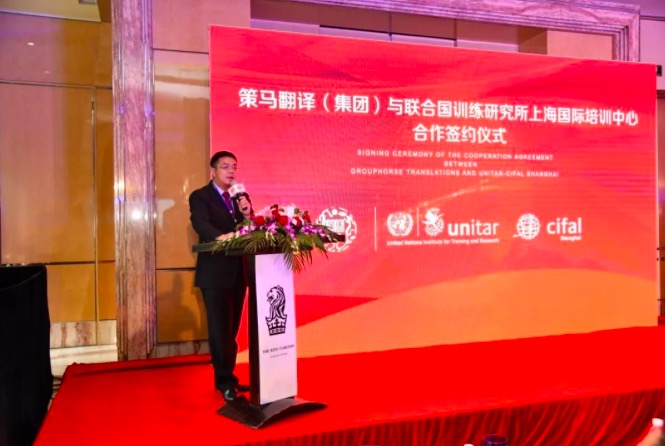 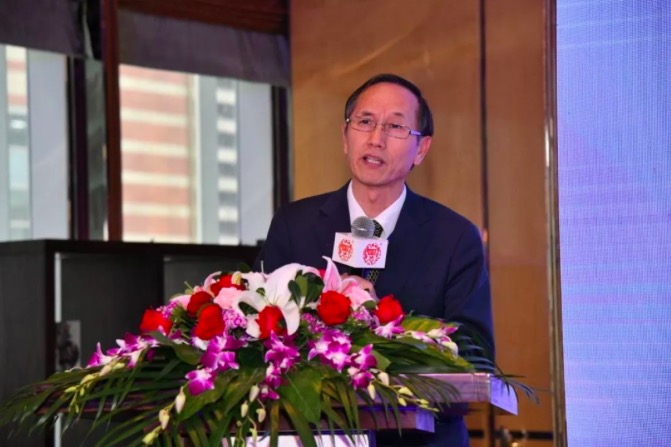 ▲ Director of CIFAL Shanghai Wang Genxiang makes his speech at the ceremony. 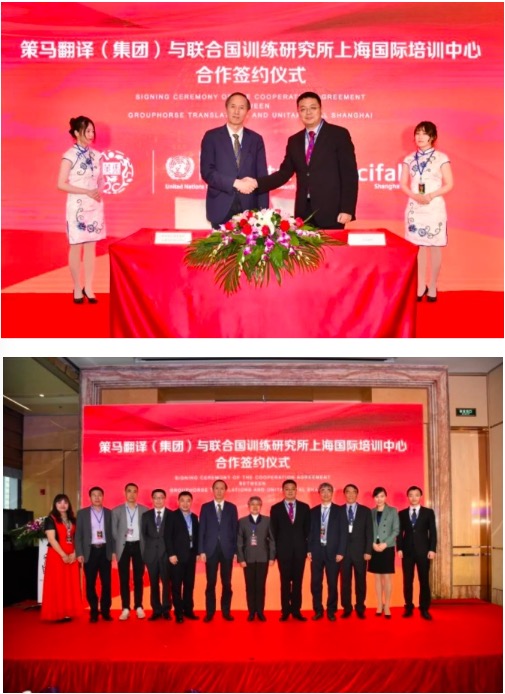 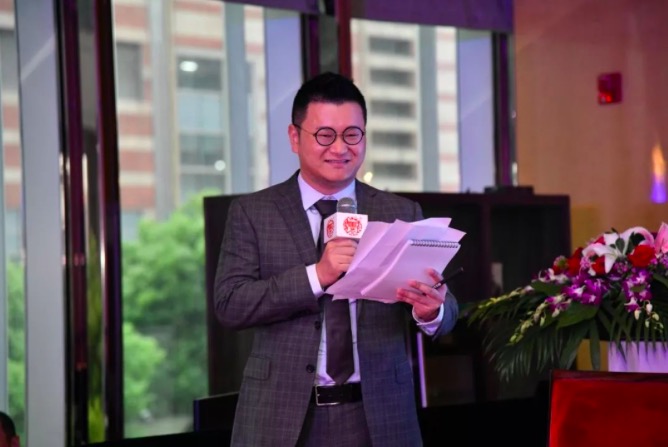 ▲ Grouphorse’s full-time interpreter and Cema students interpret at the summit.

Staff members from Grouphorse Shanghai and some high-achieving Cema students volunteered at the summit. 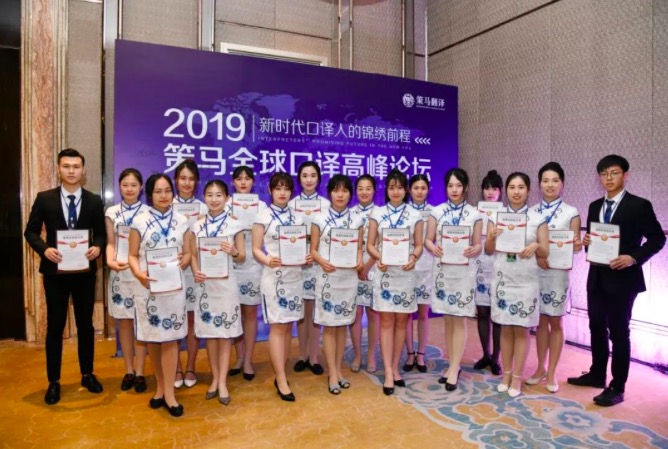 As a stage for interpreters to share their skills and knowledge, the summit was very fruitful and widely recognized, for it helped clear the career bottlenecks for interpreters, promote shared understanding in the industry, and bring the future of interpreters closer.

Headquartered in Beijing, Grouphorse Group (www.grouphorse.com) has branches in major cities including Shanghai, Guangzhou, Shenzhen, Nanjing, Chengdu, Changsha, Hangzhou, and Wuhan, and is a United Nations vendor for language services registered at the highest level (ID: 496547) and a participant of the United Nations Global Compact (ID: 109301).

As one of China’s most prestigious international language service providers, Grouphorse has been the official language service provider for APEC summits, the Boao Forum for Asia, and China International Import Expo. It is the translation Partner of the 2018 China Education Symposium at Harvard and the official sponsor for the XIX FIT World Congress as well as one of China’s first service providers to offer internships and placement for Master of Translation and Interpreting (MTI) candidates.

As Grouphorse’s flagship brand, Cema Training School of Translation and Interpreting (or Cema) is widely recognized as the champion in the industry in terms of teaching quality, number of trainees enrolled, range of training levels and geographical coverage. With its unique teaching method combining comprehensive training with interactive learning, Cema is dedicated to cultivating first-class translators and interpreters with global vision.