The 2015 Grouphorse Global Interpreting Summit was held on August 1 at Portman Ritz-Carlton, Shanghai.

Themed “An Epoch-making Change for Interpreting”, the summit was joined by heavyweights from UN agencies, China’s Ministry of Foreign Affairs, the Translators Association of China (TAC), the International Association of Conference Interpreters (AIIC) and leading universities, and over 200 interpreting learners.

Discussions themed “Interpreting Education: A Career-shaping Watershed” and “Interpreting Service: A Road to Multi-win” were held where experts shared their thoughts on interpreting  and proposed many though-provoking ideas, which helped break the bottleneck in the industry and probed into the way forward for interpreters.

In addition, the Field Study Center of Translation and Interpretation was co-launched by Grouphorse Group and Shanghai Jiao Tong University (SJTU) at the summit to assist the development of translation and interpreting major students at SJTU.

Some of the distinguished guests were Grouphorse’s senior advisor Ms. Xu Ya’nan, former director-general of the Department of Translation and Interpretation at Ministry of Foreign Affairs(MFA), former chief of the Chinese Translation Service of the Documentation Division of the Department for General Assembly and Conference Management (DGACM) at the United Nations, a council member of UN Association of China and a member of the International Federation of Translators,  Mr. Tang Xing, chairman of Grouphorse Group, a council member of the TAC and a formal representative at the Boao Forum for Asia, Dr. Kevin Lin, exclusive interpreting trainer at Grouphorse and lead interpreter (Chinese) of the Foreign Office of the UK Government who has been interpreting for Queen Elizabeth II, Prof. Hu Kaibao, professor of translation studies and executive dean of the School of Foreign Languages, Shanghai Jiao Tong University, Prof. Tao Qing, assistant to the dean of the School of Foreign Languages at Shanghai Jiao Tong University, Prof. Zhao Ping, doctoral supervisor and dean of the College of Foreign Languages at Donghua University, Mr. Cao Jianxin, a practice-oriented interpreting professor at Nanjing University and a seasoned simultaneous interpreter who has worked as a judge at four provincial and national English interpreting contests and is an exclusive trainer at Grouphorse, Mr. Zhang Guangbo, simultaneous interpreter at the International Maritime Organization, an AIIC member, an interpreter accredited by the Directorate General for Interpretation of the European Commission (SCIC) and Grouphorse’s exclusive interpreting trainer, Ms. Zhong Xinrong, lecturer at the University of Westminster and a member of the Chartered Institute of Linguists, Mr. Du Zhendong, an SCIC interpreter, senior conference simultaneous interpreter, chief interpreter of Sany Group and a lecturer at the School of Foreign Languages of East China Normal University, and Mr. Song Qin, a scholar of the Shanghai Institutes for International Studies, specially-engaged interpreter at the French Consulate-General in Shanghai, French simultaneous interpreter and a commentator.

Headquartered in Beijing, Grouphorse is one of China’s most prestigious international language service providers with branches in eight key cities in China.

Grouphorse has been the official translation/interpretation services provider for a series of world-renowned events, including APEC summits, the Boao Forum for Asia, the XXVI Summer Universiade, and the Sino-European Entrepreneurs Summit.

In recognition of the effectiveness of Cema programs, many prestigious universities have selected Grouphorse as their MTI practice and incubation base, including BFSU, Zhejiang University, and Shanghai Jiao Tong University.

Cema is widely recognized as the champion in the industry in terms of teaching quality, numbers of trainees enrolled, range of training levels and geographical coverage. With its unique teaching method that combines comprehensive training and interactive learning, Cema is dedicated to cultivating top-notch translators/interpreters with global vision. 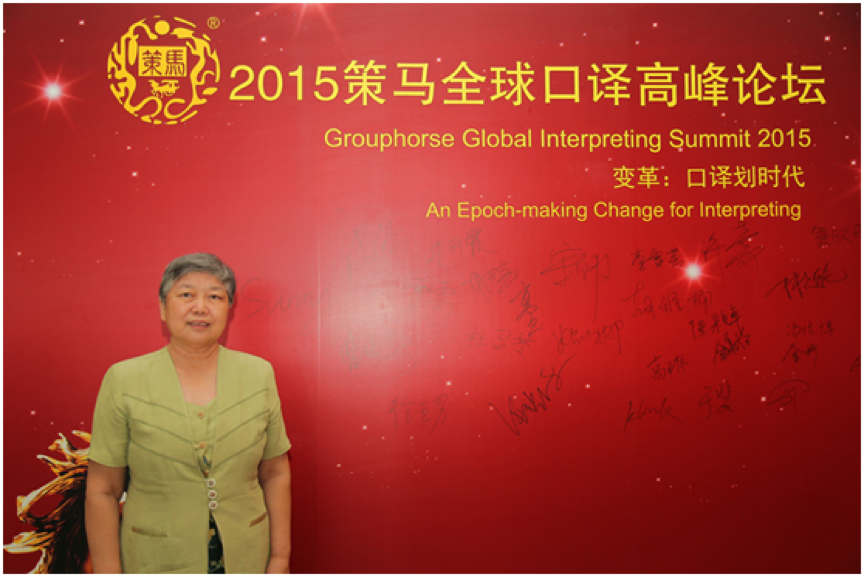 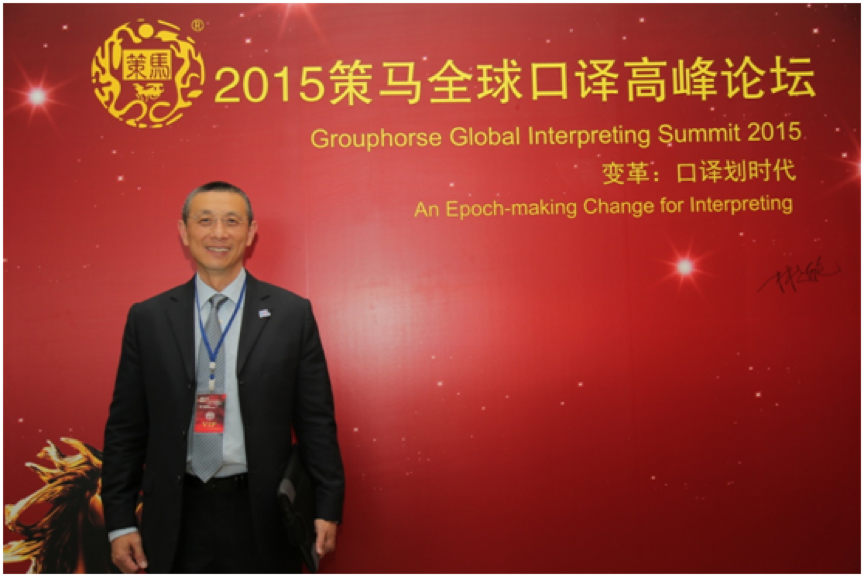 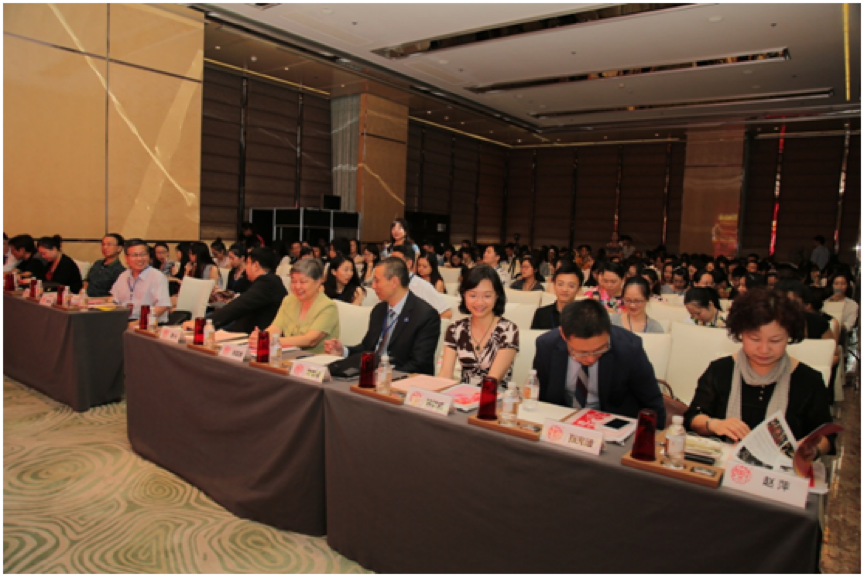 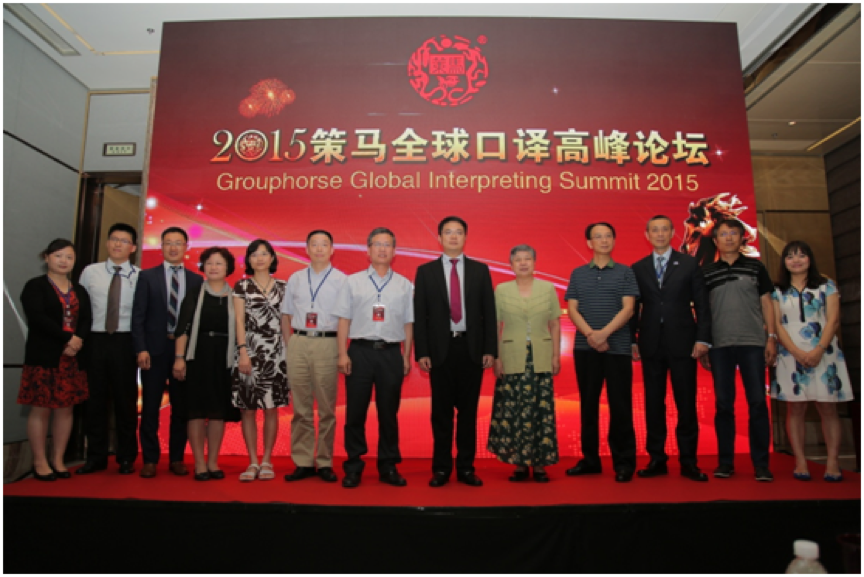 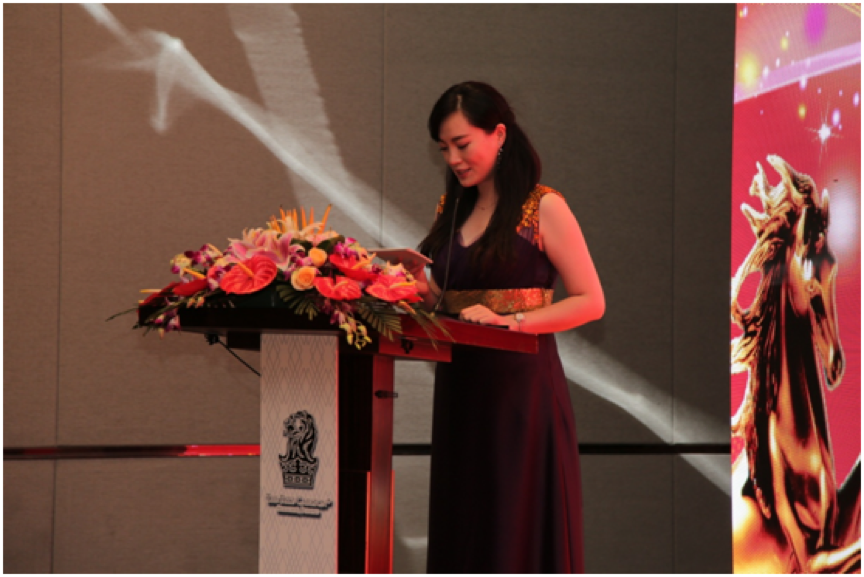 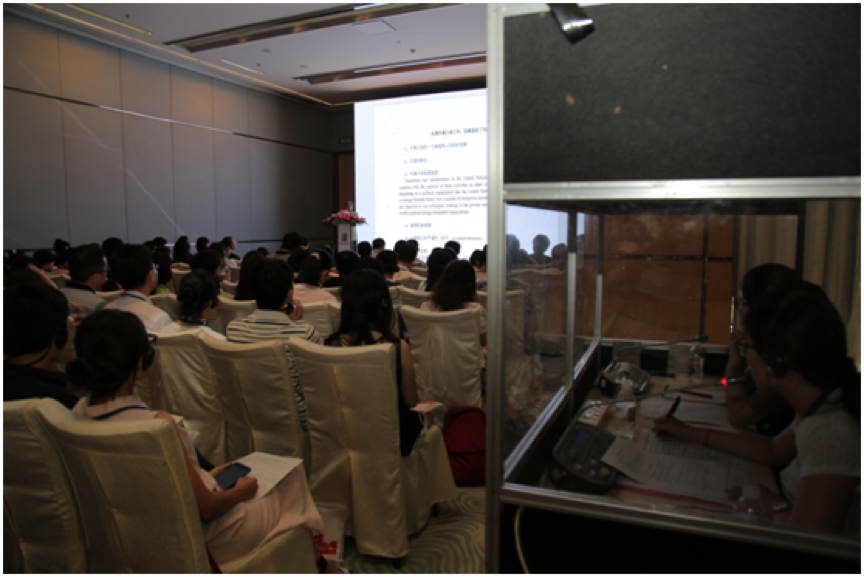 ▲Grouphorse Chairman Mr. Tang Xing gives a keynote speech on being an interpreter where he talks about the values and responsibilities of an interpreter and calls for legislation in the industry at local levels. 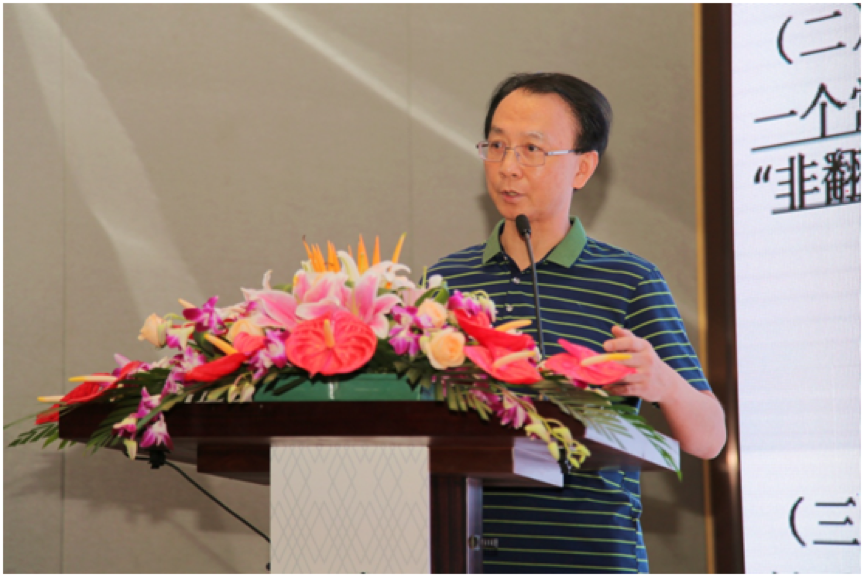 ▲Mr. Zhang Guangbo shares his interpreting tricks with the audience and encourages interpreting learners to find a better learning approach and hold on to their dreams. ▲Guests in the coffee break. 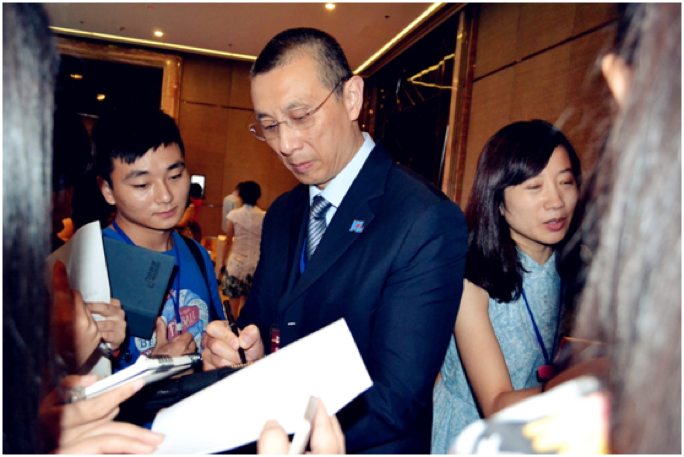 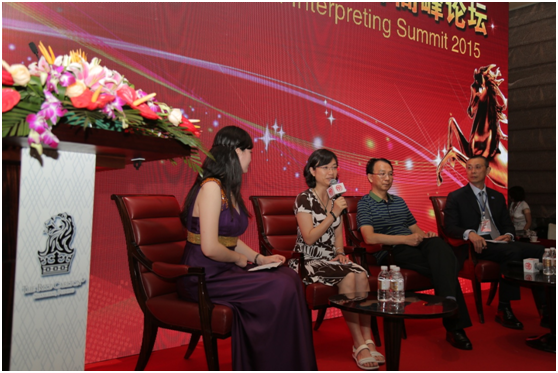 ▲The second discussion: “Interpreting Service: A Road to Multi-win”. ▲Ms. Zhong Xinrong, lecturer at the University of Westminster and a member of the Chartered Institute of Linguists, in the discussion. ▲Prof. Cao Jianxin in the discussion. 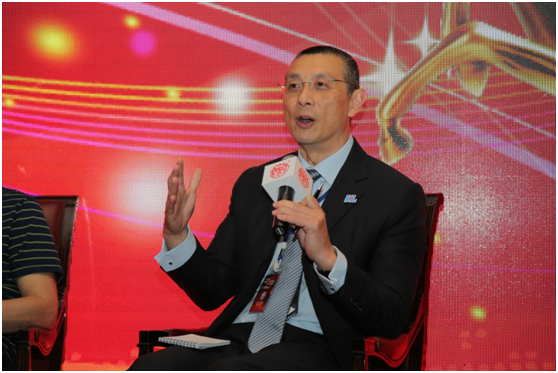